The Muzenza Group was founded in 1972 by Paulo Sérgio da Silva, better known as Mestre Paulão of Muzenza. Later lead by Mestre Burguês, the group expanded significantly in the 1990s, creating affiliated centres in many states in Brazil and abroad. Today, Muzenza has established itself as one of the largest capoeira groups in the world.

Paulo Sérgio da Silva was the student of his older brother, Luiz Américo da Silva, otherwise known as Mestre Mintirinha, whom he considers to be his “first and only master”. It was Mintirinha, too, who got the idea of ​​the name for the group from a Candomblé de Angola practitioner. Muzenza is also the name of the first public dance of a newly initiated woman.

Before the creation of the group, Paulão was part of Mestre Mintirinha’s group – Obaluaiê. Paulão then felt the need to create a group of his own. Grupo Muzenza’s initial pitch was to be a capoeira school with a more traditional style. In the first years of its existence, it participated in important capoeira events in Rio, such as the 1st Individual Carioca Capoeira Championship in July 1975. In this event organized by the Brazilian Pugilist Confederation, Márcio de Freitas Matias, a member of the group, became runner-up in the average weight class of the yellow and blue belts. In addition to this event, the group also participated in the 1976 Capoeira Interclub Tournament. 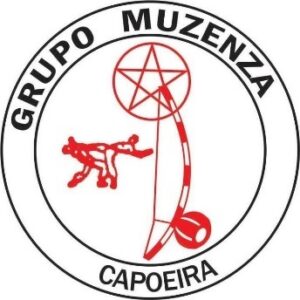 M Paulão taught the group until 1978, when he decided to dedicate himself entirely to his military career. At that time, Burguês, who had been his student and was already developing his own work in the group, migrated to Curitiba and continued Muzenza Group’s journey there. Through the work of Mestre Burguês, the group and capoeira in Paraná grew, mainly from the end of the 1980s.

In the hands of Mestre Burguês, the technical aspect of capoeira at Muzenza tried to differentiate itself from the capoeira style that was prevalent in Rio de Janeiro, which favoured capoeira-fight. Seeking to improve their knowledge of the “fundaments” of capoeira, Mestre Burguês undertook various trips to Bahia and, thus began to develop his own methodology that linked capoeira-fight and capoeira-art. He consequently developed a choreographed method to better teach his students. This method uses 22 sequences.

According to Mestre Bourgeois one of the characteristics of “the Muzenza player is to know how to play going up and down [subindo e descendo = high and low game], to know the moves and the fundamental aspects of capoeira. There is no need for everyone to move or dance the same way because we do not force anyone to do this. Our strength is to work hard on speed and train with objectivity, to not give up and not give hits or kicks in vain ”. Grupo Muzenza’s game hence developed from lessons learned in capoeira schools in Bahia and Rio de Janeiro, resulting in “a modern and stylized style” (Sousa 2015). It looked for inspiration in both modern and traditional capoeira as well as respect for the individuality of each player, all these are important characteristics for the group. Many advanced students of Muzenza are proud to have developed their own style, since the older masters of the group insist that it is the style that has to fit the capoeirista, not the other way around. 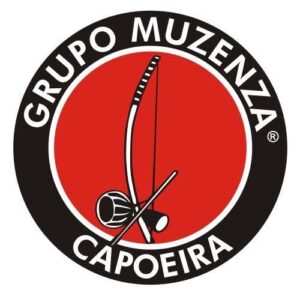 Since the end of the eighties, other groups in Brazil began to show interest in joining Muzenza. As a result, the Muzenza Group is now present in all Brazilian states and in 52 countries, thus becoming of the largest capoeira groups in the world (they reached 25,000 members in 2000). It has mestres, contra-mestres, teachers and instructors with decades of experience in capoeira, a total of 706 registered instructors teaching around the world with the Muzenza name (numbers from March 2020). With a uniform composed of trousers, a T-shirt and white shoes, the group uses an orchestra composed of atabaque, three berimbaus, tambourine, agogô and reco-reco. As for the toques (basic rhythms) there are six: Angola, São Bento Pequeno, São Bento Grande of Angola, Iúna, São Bento Grande of Regional and Banguela. Muzenza’s uniform and drums reflect this union between the traditional and contemporary. They incorporate elements of traditional capoeira in the percussion (bateria) and elements of contemporary regional capoeira in the white uniform, and the graduations.

Since 2013 Grupo Muzenza has conducted ENCAMUZENZA ‑ meetings of physical education teachers, pedagogues, psychologists, historians, and physiotherapists who work with capoeira. The results of these meetings are published in book form by the group with the title Textos de Capoeira.