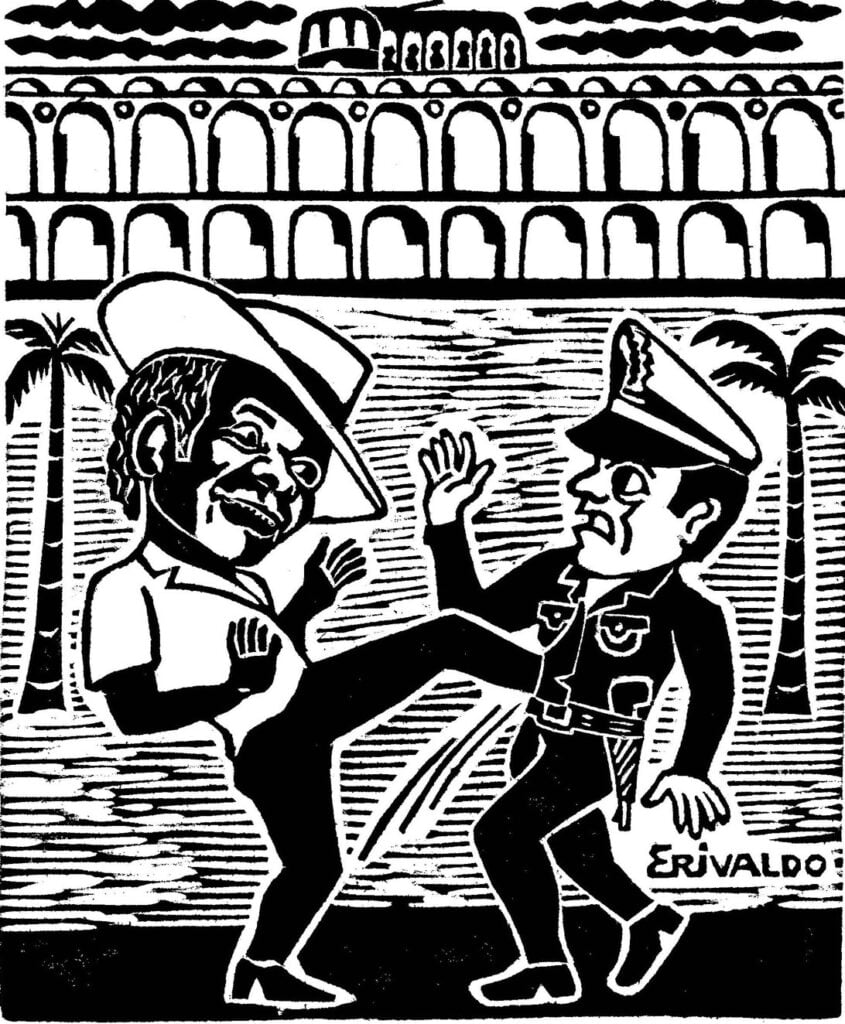 Madame Satã is a singular character in the capoeira universe of Rio de Janeiro. He represents, better than anyone else, the capoeiragem of the old malandros, whilst, at the same time, he influences the modern capoeira that is developing during the 1950s and 1960s in Rio de Janeiro. Capoeira had disappeared from the streets of the city after the police chief Sampaio Ferra carried out a great purge of the gangs (maltas) at the beginning of the first Republic, in 1889-1890. Some of its corporal techniques and musical culture survived in the pernada carioca. Yet its most dangerous kicks were only trained in hidden places, on some hills and popular neighbourhoods, to be used only in street fights by tough guys (valentões) like Madame Satã. Madame Satã became famous for his fights against policemen and his feats impressed a whole generation of capoeiristas.

Madame Satã also represents many of the contradictions of the society in which he lived. He was practically enslaved as a child and had to survive in the streets and also in prison, where he spent many years of this troubled life. His sexual orientation exposed him to constant abuse in the homophobic environment in which he lived. As he explains in his autobiography, many men could not accept that a queer (bicha) could also be a tough guy. This resulted in constant provocations from heteronormative men, many of which were from the police, resulting in repeated fights and much harassment. Madame Satã nevertheless became a hero during the 1970s for the alternative press like O Pasquim and some capoeiristas who were impressed by his achievements. It is therefore only just that we pay him homage through this cordel poetry, written by Lobisomem and illustrated by Erivaldo, as we are trying to rescue the rich history of capoeira in Rio de Janeiro. We also are grateful to Geisa Rodrigues, author of the most complete study on Madame Satã, which wrote an introductory text specially for our site.