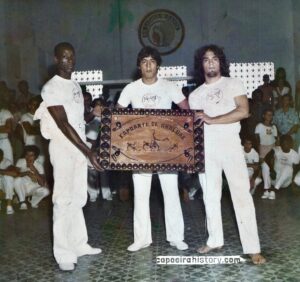 The capoeira group Kapoarte was founded 20 January 1965 by Mintirinha, Paulão, Piriquito, Khorvo and Silas. The original name of the group, when founded, was Capoeira Association Kapoarte Sons of Obaluaê. As Master Mintirinha explains today: “It was the first group I created. It later was called only Kapoarte. Why did I take away the Obaluaê [the name of a Yoruba deity]? Because capoeira is not religion. Capoeira is capoeira.” (Interview, 2019)

According to Mestre Mintirinha, the group Kapoarte started its capoeira classes in the “academy”[e.g., the capoeira group training space] Milton Ribeiro, which was located in Rua Etelvina in the Olaria neighbourhood. During the 1970s, Kapoarte participated in various capoeira championships in Rio de Janeiro, such as the Torneiro Interclubes de Capoeira (Capoeira Inter-club Tournament). In the 1975 tournament, Kapoarte was among the academies which had the greatest number of winners in all categories combined. The next year Kapoarte had another good performance and took five trophies from the competition. 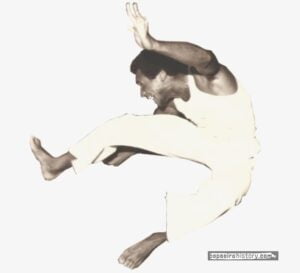 Mestre Silas jumping in a shot that became iconic, at the time, and is still used as group emblem.

Sometimes later the mestres Mintirinha, Paulão and Khorvo created other groups, and the group was lead only by Mestre Silas. The spelling of K in Kaporte is due, according to Mestre Silas, ao Kimbundu language. M Silas explains that “[…] there is ‘c’ in kimbundu. Hence I pt Kapoarte wit a k because kimbundu has no ‘c’. And no ‘que’ either. In this way concern with the issue of negritude and the Angolan roots contriguted to the particular spelling of the group name.

With this long journey, resisisting umtil today, Kapoarte is one of the oldest capoeira groups still in existence. Many teachers and masters were made by Kapoarte (see list below). The group is active in various neighbourhoods in Rio de Janeiro, and has most followers in the Maré shanty town. Master Silas, now aged 76, still leads the ‘Maroon community Kapoarte’, as he calls the family home and the adjacent headquarter of the group in Brás de Pina, a neighbourhood in the northern zone of Rio de Janeiro. The rodas at the Kaporte HQ are attended by many, from the oldest students to recent beginners. 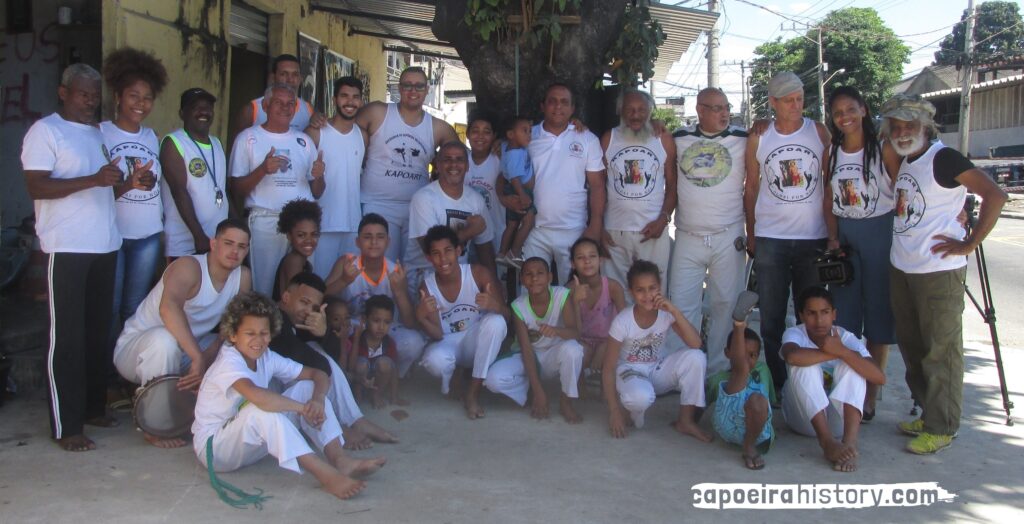 Confraternization of the Kapoarte group and the Capoeira History team after the interview and roda in 2018.